The Modern Day Hope Chest: What to Store

Using a hope chest to store your treasured possessions stems from centuries of tradition.

Although people around the world call it different things, the idea is the same. It’s a piece of wooden furniture that holds essential personal items.

A hope chest lets you share your heritage with future generations. You can start a new tradition or keep the already-there family legacy alive.

No matter the reason behind your desire for one, our modern-day hope chest will look a lot different than those of our feminine ancestors.

Ready to embrace this tradition and make it your own contemporary version? Here’s more about the reason behind these furniture pieces and what you should and shouldn’t store in your hope chest.

The Tradition of Hope Chests

Some of the oldest hope chest records we have stem from Egypt. These “dower chests” were regularly used in marriage contracts as early as the ninth century.

The muqaddimah referenced things personally owned by the bride, and the sunduq was the term for everything else in the dowry.

Families stored these different types of possessions in two separate chests. Later, they gave the chests to the husband upon the completed marriage ceremony as a form of payment to start the marriage on a solid foundation.

The Idea Spreads Around the World

As with many other cultural ideas, the hope chest of Egypt slowly made its way throughout the rest of the world. Also called a glory box, they weren’t widely seen in historical documents until they hit Europe during the reign of royalty.

Hope chests became widespread as a sign of wealth in the 15th and 16th centuries. Ornate, decorative, solid wood trousseaus were part of the dowry between dynasties. They showed off the riches of the young women entering the marriage. A prospective husband didn’t choose his wife; he selected her dowry in her hope chest.

Over the course of several centuries, the idea of a dowry chest spread throughout the world.

It hit its peak in Europe in the 19th century as traveling became more accessible and more affordable. As Europeans immigrated to America, the tradition expanded and evolved.

At that time, a woman’s family stored everything that made her valuable to a potential suitor in the chest in the “hope” of a happy marriage.

Since most people couldn’t afford a showy piece of furniture, hope chests became plainer but with extensive painting as decor.

As people began to marry for love instead of money, the tradition faded away in many cultures.

Today, we’ve thrown out the tradition of bringing a dowry into our marriages.

But we don’t have to get rid of the hope chest entirely.

It’s a unique, ceremonial way to hold onto our precious memories and treasures.

See also: How to Go From Minimalist to Maximalist Without Chaos


If you lived a century or two ago, your hope chest would be ornately decorated. The exterior would entice a suitor to see the owner as bringing value to the marriage.

A hope chest can symbolize hope in a future marriage as in the traditional sense or hold your cherished possessions.

The Traditional Appearance of a Hope Chest

These chests hold valuable items and keep them safe. For that reason, they often have a pretty typical physical appearance, similar to a toy chest or a blanket chest.

Most hope chests are rectangular, looking like an oversized wooden toy box. They open from the flat top and have a lock and key latch.

Cedarwood is the material of choice for traditional hope chests. Cedar is a known bug-deterrent material for centuries. The aroma of cedar is pleasing to us, but it repels moths and other pests. This is a crucial aspect of the material; otherwise, pests would get into the chest and destroy the valuable cloth and items inside.

Sometimes, the chest has a bottom drawer or is a chest of drawers instead of a box. Either way, the storage trunk can store valuables over hundreds of years.

The exterior of the cedar hope chest is where the unique tastes of the owner show up. Typically, artisans distress the wood along the surface with carved, decorative edges.

But your modern-day hope chest can look however you want it to. Keep in mind, though, that its design will determine if it may be in your family for generations.

What You Should Keep in Your Hope Chest

The idea of these storage pieces is that you’ll begin collecting things you want to have in your house when you get older.

However, what you store inside there depends on your culture. More traditional people, such as the Amish, will use wooden chests in their intended way.

They start collecting for the daughter’s marriage early, adding items to the chest such as:

These are still good items to keep in the box. However, a modern-day treasure chest will probably have less focus on marriage and more on heritage.

Consider your hope chest to be a time capsule of sorts. Whoever opens it in the future will get a glimpse of what life was like while you were alive.

If you intend to hand down your valuables to your children, you can store almost anything you consider essential keepsakes. These items may be about your life or touch upon significant events in the world during your era.

Your descendants will appreciate the sentimental treasures that you think are special enough to pass on to them. These items will give them a clearer picture of who you were after you’re long gone. A family photo album or your diary would be the ultimate prize for a descendant of yours wanting to know about her heritage.

Things you feel are essential for your children and grandchildren as they’re moving into adulthood are perfect, too. Maybe you have a book that helped you navigate the muddy waters of puberty. Or your family’s culture has unique nuances that your descendants can understand easier with the guidance of a few items in the chest.

As long as you cherish it and there is storage space for it, it can go in the box.

Teach your children to treasure the hope chest and put their cherished mementos in it. If they do, it could become an heirloom that stays in your family for centuries.

On an organizational kick? Check out: How to Store and Dispose of Paint and Other Hard to Manage Items

Things to Avoid Storing in a Hope Chest

Preparing your modern-day hope chest for what could be a significant tradition is a big deal.

If it goes as it should, then generations of your descendants will see what you put in there. But the chest has a limited capacity and shouldn’t hold anything that’s not truly cherished.

For instance, you might have a celebrity you “stalk.” You have all their posters, magazines, and newspaper clippings. On the other hand, your descendants will likely barely have heard of this person and not be too interested in your collection.

Of course, you don’t want to include any edible or scented item. These will attract pests, even through the cedar repellant. Liquids also tend to evaporate, no matter how well-sealed they are.

You should also avoid putting trendy items in the chest if you want future generations to use them. Decorative styles come and go. What’s in vogue today might not be popular with your descendants, and it’ll be a waste of room in your box.

Once you’ve decided what you’re going to keep in your hope chest, it’s time to pick out the one that suits you best. You may want it in your family for generations, but it’s your personality that gets to start the tradition.

Up until the late 1980s, if you wanted to buy a hope chest in the United States, you’d head to a store that sold the Lane Co. line. This manufacturing giant was the go-to for people who wanted these furnishings.

In its heyday from 1912 – 1987, Lane Co. produced more than 12 million hope chests. A lane cedar chest was so well-made and sought that some of them are worth a lot of money today.

Now, hundreds of manufacturers compete for sales. With that in mind, as you head off to pick out the holder of your favorite heirlooms, there will be a lot of choices. Knowing the type of hope chest you want ahead of time can narrow down your options to a more manageable selection.

Whether you’re shopping online, having a piece custom-made, or hitting the store, there’s a wide variety of hope chests. Which of these styles suits your personality best?

This is the typical hope chest-style. It looks like a storage box, is cedarwood, and is lightly decorated. You can also use the trunk chest as a seat because of its flat top.

Similar to a trunk chest, this furniture piece is box-shaped. However, a few accents make it look more like a seat.

It’s bench-like, with comfortable padding and/or backrest addition to the flat top surface. In keeping with the look of a chair, you’ll probably see legs on these chests, too.

A table hope chest is the perfect addition for a house with limited space. It looks like a coffee table with legs and a flat top surface. You can easily lift the trunk to get to the contents inside, which you can keep locked away from prying eyes.

One of the more ornate versions of a hope chest, this is the quintessential pirate’s treasure chest. But since its top is domed instead of flat, it’s not conveniently stored in any area in the home.

If you’re interested in a dome-top chest, make sure you have plenty of extra space. These chests are usually tucked away in an attic somewhere instead of left out where they can be in the way.

Whichever type of piece you prefer, there’s no wrong selection! Choose a hope chest style based on your personal taste and the reason you want one in the first place.

Decoupaging and painting hope chests are popular DIY hobbies, too. If you do want to decorate the outside yourself, check the material to make sure it will work for whatever you plan on doing.

You may also like: The 11 Best Hutches on the Market – What Makes Them Great

At its origin, parents used the hope chest, or dowry chest, to help their daughters create a successful start to their marriage.

This hope for a great future carries on in the hope chest lineage. We’re passing on treasures to our descendants in the “hope” that they’ll find the contents valuable, as well.

Whatever you decide to keep in your hope chest, remember that you could be starting a tradition for the future generations in your family. You’re teaching your loved ones and their children that you cared enough to pass down your heritage to them.

The modern-day hope chest is a versatile, personalized way to store your cherished possessions. There’s no need to focus on building a home; instead, your focus can be on creating a legacy. 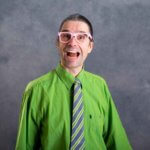